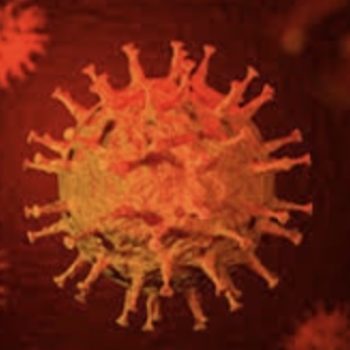 Recommendations regarding COVID -19 Boosters have been released 28/10/21 by the Australian Technical Advisory group on Immunisation (ATAGI). ATAGI advises that, the highest priority groups to receive booster doses are those with risk factors for severe COVID-19 and/or those at increased occupational risk, notably:

To facilitate implementation of the COVID-19 vaccine booster program, ATAGI supports the use of a single booster dose for those who completed their primary COVID-19 vaccine course ≥6 months ago; initially to include, the groups above who were prioritised in the rollout of the vaccine program from early 2021. Refer to https://www.health.gov.au/sites/default/files/documents/2021/10/atagi-recommendations-on-the-use-of-a-booster-dose-of-covid-19-vaccine.pdf 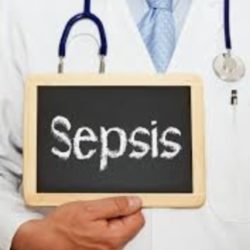 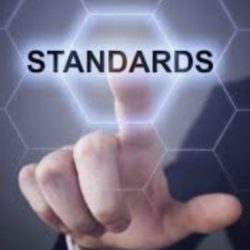 The following requirements are noted in this version:

“To comply with the requirements of Action 3.14 health service organisations should: 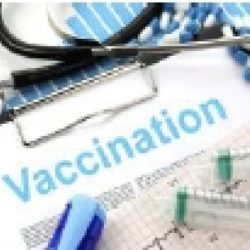 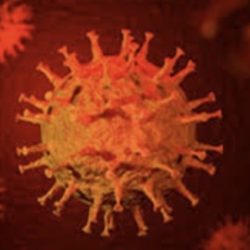 Refer to your State COVID website for latest information.

The COVID-19 situation is changing rapidly and each state has a different epidemiological situation that is depicting guidelines. It is prudent to check the National and State COVID-19 sites daily. The below have been recently updated:

There are currently programs in each state that are advocating / reviewing the requirement for fit testing:

Fit-testing measures the effectiveness of the seal between the respirator and the wearer’s face. It is required for all tight-fitting respirators, including:

There are two methods of fit-testing that meet AS/ NZS 1715:2009 Selection, use and maintenance of respiratory protective equipment:

• Qualitative – a pass/fail test that relies on the wearer’s ability to taste or smell a test agent. This type of test can only be used on half-face respirators.

• Quantitative – uses specialised equipment to measure how much air leaks into the respirator. This type of test can be used on half-face respirators, full-face respirators and PAPR. Quantitative fit-testing results are more objective than qualitative testing because some workers have difficulty with their ability to taste or smell. This can result in a potential for a false pass to the qualitative fit-test and worker health not being adequately protected. For further information refer to www.standards.org.au and search AS/NZS 1715 and / or state direction / recommendations.

The COVID situation is changing rapidly and each state has a different epidemiological situation that is depicting guidelines. It is prudent to check the National and State COVID-19 sites daily. The below have been recently updated:

*Diagnosis and management of COVID-19 must be undertaken by medical practitioners in accordance with the current guidelines from the State Health Depts/Public Health Units.

*Healthcare workers (HCWs) should NOT be their own testing or treating doctor.

*Clearance testing should be arranged by the HCWs worker’s employer, the HCWs treating doctor, or at a coronavirus assessment centre if testing by the treating doctor is not feasible.

*HCWs and workers in aged care facilities who meet the below criteria can be released from isolation and do not require further testing to return to work or an at-risk setting.

*However, these individuals must meet additional criteria before they can return to work.

1. Confirmed cases who are asymptomatic

The HCW can be released from isolation if at least 10 days have passed since the first respiratory specimen positive for SARS-CoV-2 by PCR was taken and no symptoms have developed during this period.

2. Confirmed or probable cases with mild illness who did not require hospitalisation

The case can be released from isolation if they meet all of the following criteria:

3. Confirmed or probable cases with more severe illness who have been in hospital

a. Confirmed and probable cases clinically ready for hospital Discharge - then they can be discharged to isolation at home or another facility. The case can be released from home isolation if they meet all of the following criteria:

b. Confirmed and probable cases who will be remaining in Hospital: A case that remains in hospital can be released from isolation if they meet all the following criteria:

In addition to meeting the appropriate criteria described in points 1, 2, or 3 above, persons who are significantly immunocompromised and are identified as confirmed or probable cases must meet a higher standard requiring additional assessment. They can be released from isolation when they meet the following additional criterion: 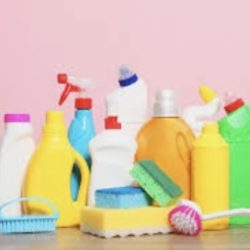 The virus that causes COVID-19 infection is transmitted via droplets when an infected person coughs, sneezes or exhales. As these droplets are heavy and fall onto horizonal surfaces or the floor.

Therefore the importance of social distancing (1.5m), & the requirement to not touch eyes nose or mouth and routinely clean frequently touched surfaces is emphasized.

The information on this page relates to the health and safety precautions and the business continuity plan that HICMR has put in place in response to the COVID-19 pandemic.

HICMR are closely monitoring and proactively responding to the developments associated with the coronavirus (COVID-19).

We understand that the rapidly evolving and unprecedented and widespread effects of COVID-19 may result in high levels of concern, however we want to reassure you that we are well-prepared and well-resourced to manage the impacts and will provide ongoing support.

Our priority as always remains the health and safety of all customers, their patients, staff and families. Further, as an integral part of Australia's healthcare system, our priority is to ensure the service we provide to the Healthcare sector is not interrupted.

A Pandemic Response Team has been established and is meeting regularly to monitor and respond to the situation. HICMR has established a Business Continuity Plan to ensure continuity of service to our customers and the Healthcare sector.

Our priority is to ensure our services remain uninterrupted. Accordingly a number of directives have been implemented to reduce any risk to our business operations.

We appreciate this situation is unprecedented and changing by the day. We will provide updates in the event of changes to our response. In the meantime please do not hesitate to contact your IPC Consultant or Support desk for any further details.

JUST for your information: -

It is important to practise social distancing to stop or slow the spread of infectious diseases, such as COVID-19. The more space between you and others, the harder it is for the virus to spread.

Where can I get more information?

Visit the Australian Government Department of Health homepage at www.health.gov.au

Discuss any questions you have with the Public Health Agency monitoring you.

Confirmed A person who tests positive to a validated COVID-19 test.

Suspect Person with history of travel to (including transit through) a country considered to pose a risk of transmission in the 14 days before the onset of illness. OR Close or casual contact in 14 days before illness onset with a confirmed case of COVID-19. AND Fever OR Acute respiratory infection (e.g. shortness of breath or cough) with or without fever.

Person under investigation It is recommended that clinicians should consider testing people with a clinically compatible illness who travelled to any of the following countries in the 14 days before onset of symptoms:

(This list is based on the risk of the person having been exposed to COVID-19 due to travel to a country with sustained community transmission and other epidemiological evidence. Clinical and public health judgement should be applied).

State Guidelines are being frequently revised

Refer daily to your state health website for up to date information and below guidelines/information. 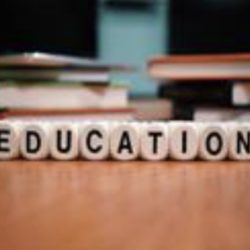 The resources are available through the National Hand Hygiene Initiative Learning Management System (NHHI LMS). To access the modules, you will need to log into the NHHI LMS using your current login details, or register as a new user via: - 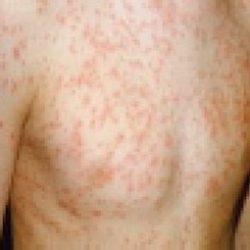 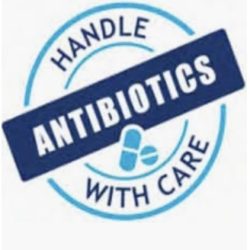 1. The Australian Commission on Safety and Quality in Health Care https://www.safetyandquality.gov.au/our-work/healthcare-associated-infection/antimicrobial-stewardship/antibiotic-awareness-week/, Selected materials from previous campaigns are also still available.

2. NPS MedicineWise campaign information available from: https://www.nps.org.au/antibiotic-awareness Further digital resources to be made available by the end of the month.

3. World Health Organisation WAAW information and updates to be made available from: http://www.who.int/campaigns/world-antibiotic-awareness-week/en/

4. The Commonwealth Department of Health information, including infographic for consumers 'Do I need antibiotics?' is available: https://www.amr.gov.au/ 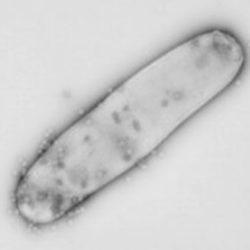 References and for further information; 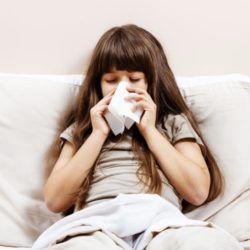 Infections of the Respiratory System.

Pathogenesis: Organisms gain entry to the respiratory tract by inhalation of droplets and invade the mucosa. Epithelial destruction may ensue, along with redness, edema, hemorrhage and sometimes an exudate.

Clinical Manifestations: Initial symptoms of a cold are runny, stuffy nose and sneezing, usually without fever. Other upper respiratory infections may have fever. Children with epiglottitis may have difficulty in breathing, muffled speech, drooling and stridor. Children with serious laryngotracheitis (croup) may also have tachypnea, stridor and cyanosis.

Microbiologic Diagnosis: Common colds can usually be recognised clinically. Bacterial and viral cultures of throat swab specimens are used for pharyngitis, epiglottitis and laryngotracheitis. Blood cultures are also obtained in cases of epiglottitis.

Prevention and Treatment: Viral infections are treated symptomatically. Streptococcal pharyngitis and epiglottitis caused by H influenzae are treated with antibacterials.

Lower Respiratory Infections: Bronchitis, Bronchiolitis and Pneumonia: Causative agents are viral or bacterial. Viruses cause most cases of bronchitis and bronchiolitis. In community-acquired pneumonias, the most common bacterial agent is Streptococcus pneumoniae. Atypical pneumonias can be caused by Mycoplasma pneumoniae, Chlamydia spp, Legionella, Coxiella burnetti and viruses. Nosocomial pneumonias and pneumonias in immunosuppressed patients have etiology with gram-negative organisms and staphylococci as predominant organisms.

Pathogenesis: Organisms enter the distal airway by inhalation, aspiration or by hematogenous seeding. The pathogen multiplies in or on the epithelium, causing inflammation, increased mucus secretion, and impaired mucociliary function; other lung functions may also be affected. In severe bronchiolitis, inflammation and necrosis of the epithelium may block small airways leading to airway obstruction.

Microbiologic Diagnosis: Sputum specimens are cultured for bacteria, fungi and viruses. Culture of nasal washings is usually sufficient in infants with bronchiolitis. Fluorescent staining technic can be used for legionellosis. Blood cultures and/or serologic methods are used for viruses, rickettsiae, fungi and many bacteria. Detection of nucleotide fragments specific for the microbial antigen in question by DNA probe or polymerase chain reaction can offer a rapid diagnosis.

Prevention and Treatment: Symptomatic treatment is used for most viral infections. Bacterial pneumonias are treated with antibacterials. A vaccine against 23 serotypes of Streptococcus pneumoniae is recommended for individuals at high risk 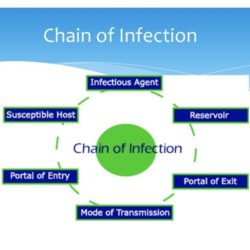 The new NHMRC Australian IPC Guidelines recommend the use of TGA-listed hospital-grade disinfectants with specific claims for the disinfection of hard surfaces in healthcare facilities.

This changes reflects regulation for hard surface disinfectants which have been implemented by the TGA. The streamlining of the regulatory pathway has resulted in changes to terminology and requirements of entry: 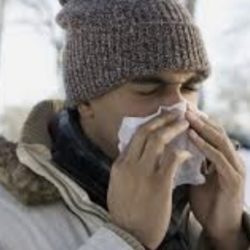 6 WAYS TO FIGHT THE FLU 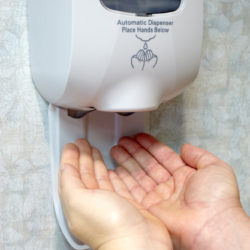 WHO: 2019 WHO Global Survey on IPC and Hand Hygiene 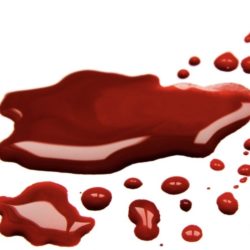 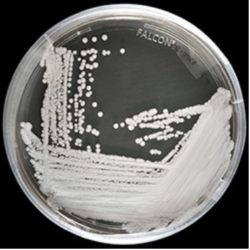 Has caused outbreaks in HCF’s and can spread through contact with affected patients and contaminated surfaces or equipment. C. auris can live on surfaces for several weeks. 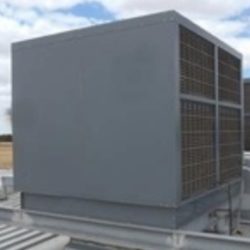 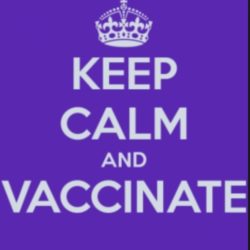 The Australian Government Department of Health and Aging provides updated Australian Immunisation Guidelines to reflect latest national & international evidence for vaccination. If you missed any of your childhood immunisations or require assessment of your immunisation status your GP can assist/ advise/prioritise an action plan.

Refer to your HCF Staff Health Program coordinator if you require further information on specific requirements. 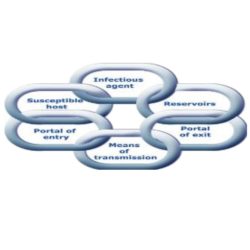 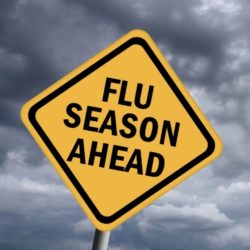 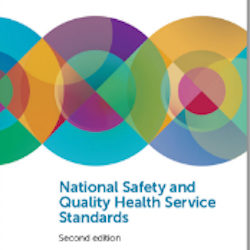